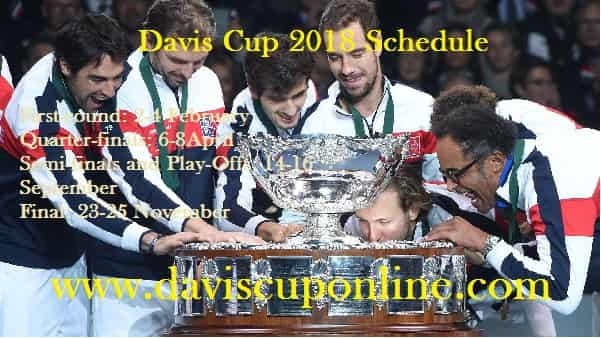 In 2018 Davis Cup Spain will play against Great Britain in the round 1, whereas this season, two finalists’ nations Belgium and France were drawn against the Hungary and Netherlands on Wednesday.

Kazakhstan will play Switzerland, whereas Croatia will take on Canada and in last Italy will compete against Japan.

The first Davis Cup round will be beginning from 2nd February to 4 February 2018 after 2018 Australian open 2018. Here is the complete schedule Davis Cup 2018 is given below: